The technology company said it has known since the beginning of the year that Subway could leave, taking 15,000 locations and “a few million dollars” in revenue with it.By Joe Guszkowski on Aug. 17, 2022 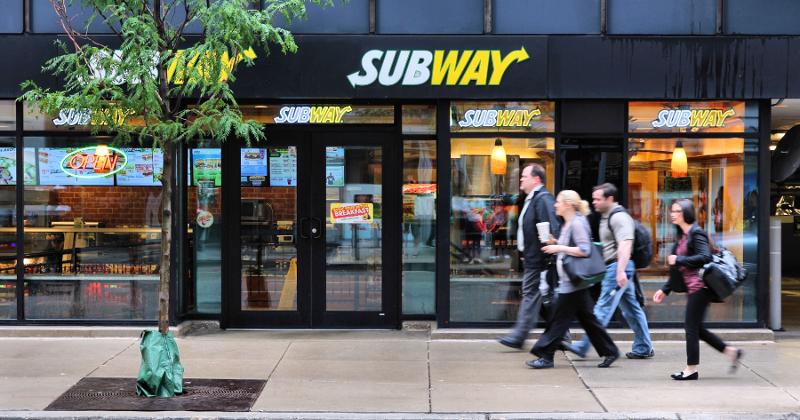 Subway is leaving Olo in favor of an in-house tech solution. / Photograph: Shutterstock

Online ordering company Olo revealed last week that it is losing one of its biggest customers: sandwich giant Subway.

The news sent Olo’s stock price plunging to an all-time low and has attracted the attention of at least three law firms that are looking to sue the company on behalf of shareholders who lost money.

Executives revealed on the company’s second-quarter earnings call that Subway is in the process of leaving Olo, resulting in the loss of about 2,500 locations in the quarter, in favor of an in-house technology solution. By the end of the year, all of the Subways that were using Olo will have left.

Subway in February 2020 agreed to use Olo’s Rails software at 20,000 locations. Rails allowed the chain to integrate third-party delivery orders into its POS system. But it has since decided to connect its system directly to the delivery providers, Olo CEO Noah Glass said.

Executives said they have known since the beginning of the year that Subway could be leaving and had even factored the possibility into Olo’s annual revenue guidance.

“Subway contributed about a few million dollars of revenue on a full-year basis,” CFO Peter Benevides said, according to a transcript on financial services site Sentieo. “And what we had done during the year is really start to tail that off in the second quarter through the balance of the year, really as a hedge to some of the indications that we had heard as we entered the year.”

It’s a blow for Olo, which has been aggressively pursuing quick-service restaurants because of their large number of locations and potential for digitization, especially in the drive-thru. The New York-based company offers online ordering, delivery integration and payment products among other things.

But executives urged that the loss was specific to Subway’s tech strategy and not a sign of a larger shift away from Olo’s technology.

Glass explained that Subway’s POS and digital ordering system was built in-house and is the same across all of its restaurants worldwide. The chain was using Olo Rails only for one piece of the larger stack.

“I think you should think of Subway as an anomaly in this case, and not just in our restaurant customer population, but really in the restaurant industry itself,” Glass said,  according to a Sentieo transcript.

Nonetheless, the news drew a swift rebuke from shareholders, who sent Olo’s stock plummeting by 36% last Thursday. On Wednesday morning, it was hovering near an all-time low of $7.69.

The loss of Subway is not the only issue Olo is facing at the moment. Executives also noted that it’s taking longer to sell and install its technology because restaurants are busy dealing with macroeconomic factors like inflation.

“Different constituents within the restaurant … [have] a lot of things on their plate at the moment,” Glass said. “You have very high inflation in wholesale food prices, labor concerns, et cetera. So I think that is something that is transitory from the brand level.”

That dynamic—and not the loss of Subway, executives said—led Olo to lower its annual revenue guidance to $183 to $184 million, from $194 million to $196 million.

The Subway news and ensuing stock selloff attracted the attention of at least three law firms that represent investors. The firms said they’re looking into whether Olo violated securities laws.

Such lawsuits are common after a company’s stock drops as lawyers try to argue that the firm deliberately kept shareholders in the dark. The cases have even earned a name: “stock-drop suits.”

Representatives from Olo and Subway had not responded to a request for comment as of publication time.